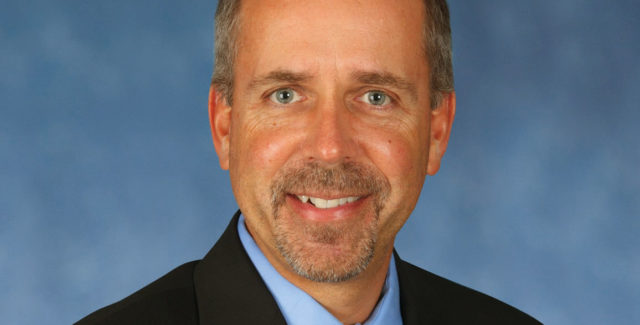 Mr. Dosch has been a ND state representative since 2000. Born and raised in Bismarck, North Dakota, he is a 1980 graduate of Bismarck State College with an associated of arts degree in business administration and a 1982 graduate of the University of North Dakota (UND) with a Bachelor of Science degree in business administration, majoring in banking and finance, with a minor in accounting. Dosch spent 10 years working for Bank Center First as a vice president – commercial loan officer. In 1992 Dosch jointed Coulter Lodging Inc. and was named general manager of the Expressway Inn Bismarck. The company expanded with the building of the Expressway Suites of Bismarck in 1997 and in the Expressway Suites of Fargo in 2008. Dosch is now the president of Coulter Lodging and along with his wife, Debra, owns the two Bismarck Hotels. Dosch is also president of Expressway Hospitality and Dosch Hospitality. Dosch is past chairman and former board member of the Convention and Visitors Bureau where he served for 20 years. Dosch is married to his wife, Debra, of 30 years and has three children, Isaac, Joseph and Alexis.