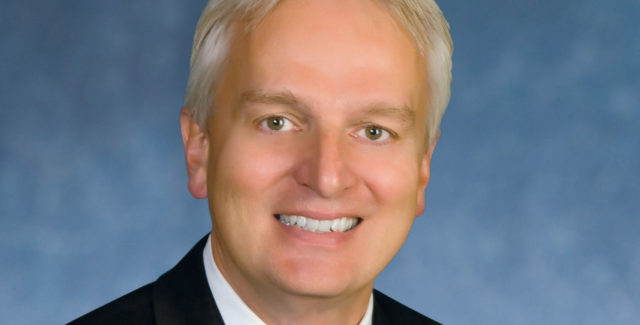 Mr. Gisi is co-founder of Edgewood Real Estate Investment Trust. He is also the chairman/CEO and founder of Edgewood Healthcare System, which operates 58 independent living, assisted living and memory care communities with about 4,000 beds in Idaho, Minnesota, Montana, Nebraska, North Dakota, South Dakota and Wyoming. Gisi is also the owner and chairman/CEO of Edgewood Group, LLC, which develops and manages senior housing communities. Over the past 23 years, the Edgewood Group of Companies has grown into one of the largest privately held senior housing operators in the upper Midwest. Together the companies employ nearly 3,000 people.

Mr. Gisi was raised on a farm near New Rockford, North Dakota, and is a 1982 graduate of the University of North Dakota with a Bachelor of Science in business administration and accounting. Gisi first served as the CFO for an oil field service and construction company, then spent 10 years working for St. Joseph’s/UniMed Medical Center in Minot, North Dakota, where he was the vice president/CFO and later president/CEO. Gisi first joined Edgewood as an investor and CFO in 1994, then joined the company full time in early 1996.

Mr. Gisi’s past board experience includes INREIT Properties and the East Grand Forks Chamber of Commerce (where Gisi served as chair), and the Alumni Advisory Council of the University of North Dakota College of Business and Public Administration. Gisi also served on the board of directors of Tulsa, Oklahoma-based Cypress Energy Partners LP (NYSE: “CELP”) from 2013 to 2016, during which time the company went public.

Mr. Gisi is currently an advisor to the board of directors of Red Trail Energy LLC, a 50 million-gallon ethanol plant located in Richardton, North Dakota. Gisi is a community board member and secretary of Altru Health Systems of Grand Forks, a board member of the University of North Dakota Alumni Association Foundation, and a board trustee of the UND Center for Innovation Foundation. Phil and his wife, Patricia, have two children and live in Grand Forks, North Dakota.

View All Board of Trustees